The odd one out

For a long time, understanding gene expression was all about taking snapshots of groups of cells. But the Tanenbaum lab changed that by developing techniques that capture the dynamics of gene expression. Live. One individual cell at a time. 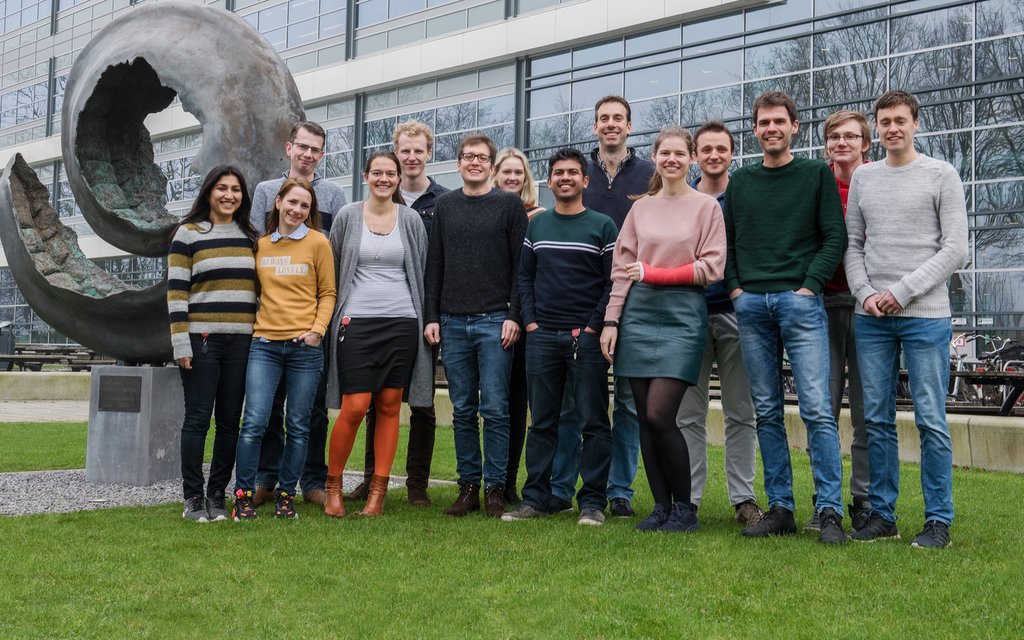 RNA, the messenger molecule that bridges the gap between DNA and protein, has been widely studied. And for years, researchers around the world relied on taking snapshots of the underlying processes of RNA synthesis and translation. Only recently, it has become known that these processes can differ from cell to cell, opening doors to future clinical applications.

“In cancer, cells behave differently than normally”, says Marvin Tanenbaum, group leader at the Hubrecht Institute and one of the initial Oncode Investigators. “Most of the time that’s because the processes behind gene expression have changed. Sometimes mutations arise, causing a protein to be produced differently and behave in another way. But sometimes a mutation affects gene expression – turning the dial up, or all the way down.”

Ever since his return to the Netherlands in 2015, as a group leader at the Hubrecht Institute, Tanenbaum and his research team have been focusing on extending SunTag to understand the dynamics of cellular processes. The method allows them and fellow researchers to visualize the gene expression process in single cells, particularly in cancer.

“The mainstream approach to researching gene expression in these cells is to take pictures of the process”, says Tanenbaum. “These snapshots show which genes are on or off at a certain moment in time, but studying single RNA molecules allows us to see the actual process, and what that looks like dynamically.”

With their advanced single-molecule imaging, Tanenbaum and his colleagues unveiled that gene expression is characterized by much more heterogeneity than previously thought. “We noticed that separate RNA transcripts of the same gene behave spatially and temporally different from each other, even in a single cell. That causes the genetic information to be translated differently.”

Snapshots show which genes are on or off at a certain moment in time, but studying single RNA molecules allows us to see the actual process, and what that looks like dynamically.

That fundamental discovery lead to new insights into the field of cancer research. The Tanenbaum group recently published a paper on nonsense mutations, that frequently occur in cancer. These mutations truncate the protein prematurely during production. “Other researchers postulated that the first attempt to translate an RNA molecule into a protein was a decisive moment in production. They say, after this pioneering round of mRNA translation, it would be either yes or no for the protein. But our research shows that it’s much more complicated than that.” 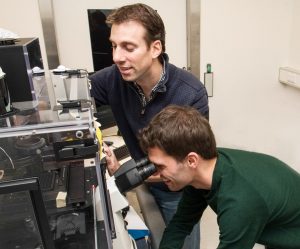 By studying multiple single ribosomes doing their work as protein factories of the cell, Tanenbaum and his colleagues were able to show that every ribosome has the potential to break down RNA molecules. Simultaneously, they discovered that some RNA molecules are totally insensitive to this breakdown process, but they still produce proteins. “These two fractions of mRNA produce the remaining proteins”, Tanenbaum says. “The regulation of that process could have important clinical implications. If a cell produces even a small amount of a tumor suppressor gene, that may already lead to a better prognosis in cancer.”

That presumption was confirmed by fellow Oncode researchers. “The group led by Oncode Investigator Michiel Vermeulen (Radboudumc) came to the same conclusion by testing thousands of tumor samples. They tested proteins using genomics, which we do not have a lot of experience with. By combining our knowledge with their expertise, we were able to answer a biological question.” says Bram Verhagen, Phd student in the Tanenbaum group. This conclusion could open doors for novel treatments by modulating the regulation process behind RNA breakdown in cancer cells.

Collaborations such as these play an important role for Marvin Tanenbaum and his researchers. “Within the lab, most people work together on a project”, says Verhagen. “Marvin does that on purpose, to spread risks and keep the spirits high. For instance, I have a lot of experience in bioinformatics, and I cooperate with someone who is great in biochemistry. We complement each other. I think that works great – if you get stuck on a project, there is always someone to help you out.”

Fostered by Oncode’s unrestricted base funding, that cooperating spirit even brought Tanenbaum a whole new research line. Five people of his group now work on a joint project that combines virology with oncology and immunology. “Previous research shows that a tumor can be treated by injecting a virus into it”, says Tanenbaum. That looks especially promising in combination with the novel treatment of immune checkpoint inhibitors. “Researchers can see tumors shrinking after treating them this way. That suggests the virus triggers an immune response.” 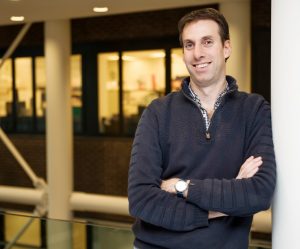 However, the current techniques used to study a viral infection in a single cell are too slow to capture the acute response of a cell, measuring the effect of a virus infection only 3 to 6 hours after the infection. We think the fight between virus and host cell takes place in the first hours”, says Tanenbaum. “You have to be on top of it, or else you’ll be too late.”

The important twist is that together with his colleagues, Tanenbaum developed an imaging technique that allows them to track the competition between a single virus particle and a living cell. “In most cases, the virus wins. We see the virus infecting so quickly, that the host cell hasn’t even had the time to respond to the infection. But once in a hundred times, the cell wins. We are investigating what makes that one cell different.”

“Many funding agencies would have labeled this project as too risky or illogical for my group to be working on”, Tanenbaum says. But thanks to the incentive of Oncode’s unrestricted base funding, he was still able to try, and succeeded. “Great things can come into existence by working in absolute freedom.”